Enroll in a Study

Are you a Kidney Transplant Recipient with ≥ 6 months and ≤ 24 months from date of transplant?

Intensive lifetime of laborious surveillance is needed after kidney transplant to maintain the recipient organ against a vast array of pathologies.

Kidney biopsies which are invasive procedure, are needed for early detection of transplanted kidney rejections and injuries.

New intervention: Minimally invasive strategies to detect graft injury and/or rejection have entered the market, of which AlloSure donor-derived cell-free DNA (dd-cfDNA) is leading the field. AlloSure dd-cfDNA levels could discriminate between rejection and non-rejection, as well as provide additional information about molecular kidney tissue injury.

Target population: Patients who are the recipient of the transplanted kidney.

The problem: In patients with kidney transplant rejection, by the time the clinical diagnosis is confirmed histologically by biopsy, the renal scarring incurred is often too advanced to make delayed treatment.

Why problem exist:  Following kidney transplant, clinicians face vast array of differentials when graft dysfunction is observed, like drug toxicity, opportunistic infection, primary disease recurrence, and implant rejection. Histologic analysis of the allograft biopsy specimen remains the standard method used to differentiate and classify rejection from other injury in kidney transplants. Invasiveness of renal biopsy may create challenges for clinicians in optimizing the timing for biopsy which leads to delay in injury detection and on time treatment intervention.

New approach to solve the problem: There is a huge need of a non-invasive technique for early detection of transplanted kidney rejections and injuries. Minimally invasive strategies like donor-derived cell-free DNA (dd-cfDNA) has been used to detect cellular injuries in fetal genetic screening, prenatal trisomy diagnosis as well as pre-clinical neoplasia detection.

New intervention: In transplantation, there is now a growing body of evidence (109 papers from 55 studies) demonstrating a correlation between dd-cfDNA and clinical outcomes, thus, showing the promise of this tool for the early and accurate detection of allograft injury and rejection.

Sign Up Today
Viralym-M may alleviate the mortality due to viral infection after kidney transplant.

Are you a recipient of a transplant kidney who is infected with BK virus?

Immuno-suppressive regimens will vulnerable you to severe viral infections like BK virus.

Development of a T cell-based treatment is necessary for BKV infection in kidney transplant recipients.

New intervention: Viralym-M is a biological specific T cell-based treatment. It may target several viral infection like BK virus at the same time.

New intervention: Viralym-M is a biological product consisting of Viralym-M cells (third-party, multivirus-specific T cells with specificity for BKV, JCV, AdV, HHV-6, EBV, and CMV) in cryopreservation media. This is a novel multivirus-specific cellular therapy, to treat a number of serious, virus-associated causes of morbidity and mortality after transplant, including those caused by viral infection or reactivation with viremia.

Study purpose: This is a proof-of-concept study of Viralym-M, and the principal objective is to assess the safety and tolerability of Viralym-M in kidney transplant recipients with virus-associated nephropathy.

Between 24-84 months based on the patient’s outcome.
Sign Up Today

A new tissue engineered Arterio-Venous Graft which may potentially has less Graft failure or graft complications in patients who need hemodialysis.

Are you a patient with End Stage Kidney disease who has Dialysis Catheter for hemodialysis ?

Dialysis Catheter is associated with the highest risk of death, infection and cardiovascular events compared with other types of vascular access. Arterio-Venous Fistula (AVF) is known as the preferred vascular access for HD patients.

AVF needs time to be usable for hemodialysis and a large percentage of newly created AVF fail to function.

HAV: The investigational product is Humacyte’s Human Acellular Vessel (HAV), which is a tissue-engineered vascular conduit developed to provide an alternative to AVF and synthetic grafts for vascular access for dialysis.

A Phase 3 Study to Compare the Efficacy and Safety of Humacyte's Human Acellular Vessel with Arteriovenous Fistula in Subjects with End-Stage Renal Disease.

The problem: Unfortunately, HD access data indicates that the Fistula First Breakthrough Initiative has not resulted in a dramatic improvement in the percentage of patients that start HD with the desired form of access like Arterio-Venous Fistula (AVF) as originally intended.

Why problem exist: An important contributor to the low prevalence of AVF use is the failure of a large percentage (~60%) of newly created AVF to mature adequately. Hemodialysis Fistula Maturation (HFM) study did not show a statistically relevant association between clinical factors (older age, female gender, black race, vascular morbidity and forearm location) and fistula non-maturation.

Study duration: Between 24-84 months based on the patient’s outcome.

New intervention: This investigational product is Humacyte’s Human Acellular Vessel (HAV), which is a tissue-engineered vascular conduit developed by 8-week period culturing from human aortic vascular smooth muscle cells, in a bioreactor that imparts arterial-like strain conditions on the growing cells. This is a sterile, non-pyrogenic acellular tubular vessel composed, primarily, of human collagen types I and III plus other extracellular matrix (ECM) proteins, including fibronectin and vitronectin. The HAV is 6 mm in diameter and approximately 42 cm in length (~40 cm usable length once removed from bioreactor bag).

Study purpose: To collect exploratory data on the efficiency and quality of HD between the HAV and AVF treatment groups as assessed by values available over the course of the study.

Are you a kidney transplant recipient who is diagnosed with chronic kidney rejection?

Your immune system can produce antibodies which may gradually leads to transplanted kidney failure and rejection.

An active therapeutic agent which may regulate and control the immune response might be beneficial in treating or preventing of transplanted kidney rejection.

The problem: Active antibody-mediated rejection (ABMR), especially (CABMR), is now recognized as the most common cause of allograft failure after a successful kidney transplant.

Why problem exists: Interleukin 6 (IL-6) appears to be a critical cytokine involved in ABMR. It promotes the production of donor-specific antibodies (DSA) and shapes the T cells immune response which eventually leads to allograft failure.

New approach to solve the problem: Clazakizumab is a genetically engineered humanized immunoglobulin G1 (IgG1) mAb that binds to human IL-6. It was demonstrated that clazakizumab is a potent and full antagonist of IL-6-induced signaling pathway, as well as cellular functions such as cell proliferation, differentiation, activation, B cell production of immunoglobulins, and hepatocyte production of acute phase proteins.

Study duration: The maximum study duration for an individual subject will be approximately 5.5 years.

New intervention: This trial investigates whether clazakizumab may be beneficial for the treatment of CABMR in recipients of a kidney transplant by inhibiting the production of DSA and re-shaping T cell alloimmune responses.

Study purpose: To evaluate the efficacy and safety of clazakizumab in preventing all cause composite allograft loss or slowing or preventing the progressive loss of kidney function due to CABMR.

Approximately 9-12 months.
Sign Up Today
A new Arterio-Venous Graft which may potentially has less Graft failure or graft complications in patients who need hemodialysis.

Are you a patient with End Stage Kidney disease who needs Arterio-Venous fistula or Graft (AVF/AVG) for hemodialysis?

AVF needs time to get ready for dialysis. The chance that your AV fistula or Graft fails due to complications or infection is high.

InnAVasc arteriovenous graft (InnAVasc AVG) has the potential to eliminate many of the current complications and costs associated with AVG failure and infection and could facilitate the transition to home hemodialysis for thousands of patients.

A Study to Evaluate the Safety and Effectiveness of the InnAVasc Arteriovenous Graft for Hemodialysis Access in Patients with End-Stage Renal Disease.

The problem: AVF needs time to get ready for dialysis. The chance that AV fistula or Graft fails due to complications or infection is high.

New approach to solve the problem: To mitigate dialysis access graft cannulation complications, there is a need to modify AVG and incorporate two multilayer cannulation chambers with potentially improved low bleed technology that are resistant to frequent needle penetration/injury. There is a need to reduce many of the current complications and costs associated with AVG failure and infection. These features could relieve patient-associated pain and suffering and would potentially lead to a significant reduction in health care costs related to chronic dialysis graft injury and the reduction of in-center HD treatment.

Study: Prospective, multi-center, single-arm study to evaluate the safety and effectiveness of the InnAVasc Arteriovenous Graft for hemodialysis access in patients with end-stage renal disease (ESRD). Initial study enrollment will be limited to a Roll-in cohort of 10 subjects at 2-3 sites.

Study purpose: This device has the potential to eliminate current complications and costs associated with AVG failure and infection and could facilitate the transition to home hemodialysis for thousands of patients. It also could relieve patient-associated pain and suffering and may lead to a significant reduction in health care costs related to chronic dialysis graft injury.

If you have questions about Balboa Research,
please complete the contact form or call
George Nilsson, Clinical Research Director. 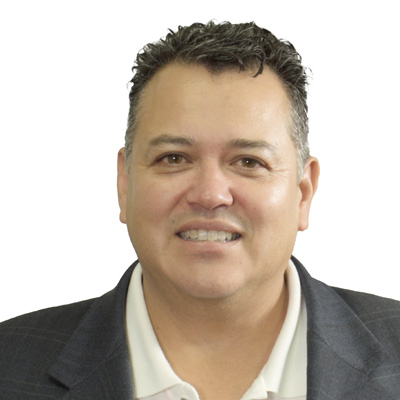 Enroll in a Study